BRISTOL, R.I. — With broad support from community residents, the Town of Bourne, Massachusetts has approved a $150,000 Climate Resiliency and Infrastructure Stabilization Fund to mitigate and/or adapt to the risks posed by climate change.

The Fund serves as a unique and innovative example of how vulnerable municipalities can sustainably commit fiscal resources to address the long-term implications associated with sea-level rise, more frequent and intense storms, coastal erosion, and other climate hazards.

The initial $150,000 investment, adopted at a November Town Meeting, comes as an annual transfer from the Town’s Reserve Fund. Future investments in the Fund could come by way of additional transfers, funds borrowed, or through other revenue sources.

Select Board Vice Chair Judith MacLeod Froman lauded the initiative, sharing, “The Town of Bourne has made the collective decision to take on the challenges of climate change. At all levels, be it staff, the Town Administrator, the Board of Selectmen, and the public body, the Town has shown unity in becoming resilient. We are taking the step forward with coherent and thoughtful preparation in order to build the right leadership structure. But so far, Bourne is going in the right direction because of the decision this Town has made together.”

Bourne Engineering Technician Timothy Lydon also commended the Town’s willingness to “totally embrace” the Fund every step of the way, and linked this support to the community’s understanding of the practicality of the plan, as well as the opportunities the Fund provides. Lydon explained, when it comes to the planning and implementation of climate resilience projects, money can often be the controlling factor. With the Fund, “the hard part is off the table. Now you can really start to get things done,” he said. He noted that this is especially relevant when considering that implementation costs inevitably increase over time.

While there are still policy conversations to be had before funds can be obligated for specific projects, Town staff have a forward-looking vision for how the Fund can evolve over time. Lydon and his colleagues are exploring how to maximize connections between various planning documents, ensuring a robust portfolio of future resilience projects.

Lydon also emphasized the strong fiscal case in support of the Resiliency Fund. He showed interest in seeing the Fund used as match dollars for grants, making Bourne more competitive in pursuing outside funding opportunities—thus simultaneously bringing dollars back to the Town while making the community more resilient.

Regardless of how exactly it is used, this new dedicated funding source grants autonomy to the Town when making climate resilience decisions. As Lydon puts it, “the Climate Resiliency Fund allows a dedicated funding stream that doesn’t have to compete with other things.” It can also serve as a resource in times of need, providing a “quick cure” when the Town needs it most.

Following a productive initial phase of work, the SNEP Network, the Town, and Throwe agreed to extend technical support to include the development of a more detailed Climate Resilience Investment System & Implementation Plan. The Phase 2 deliverable included recommendations for establishing a climate resilience enterprise fund and earmarking resilience dollars to support the establishment of a new townwide resiliency official.

Acting Town Administrator Glenn Cannon shared, “With the technical assistance from SNEP and Throwe Environmental, this approach to Climate Resiliency that has recently been developed in Bourne will help manageably move the Town forward on the issues we are seeing every day.”

Bourne’s Climate Resiliency Fund is the first of its kind to be established as a result of SNEP Network technical assistance, and one of the first such funds across the Southeastern New England region.

Taking into account the broad community support, the proactive nature of the Fund, and the control it gives back to the Town in making project decisions, Lydon believes similar funds will be quick to follow across Cape Cod and Southeastern New England. In Lydon’s words, “Financing projects through the Resiliency Fund changes the game,” he said, “because it now allows [Bourne] to have a clear game plan for fighting climate change into the future.”

This article was originally posted and developed by Throwe Environmental.

The Town of Bourne is the first community on Cape Cod in Southeastern Massachusetts. As with the rest of the Cape, Bourne is particularly vulnerable to compounding climate impacts such as sea-level rise, extreme weather events, coastal and inland flooding, and severe erosion. Timothy Lydon has been the Town’s Engineering Technician since 2014. 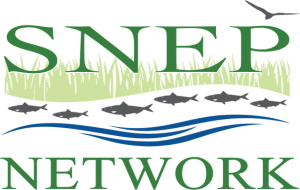 is a collaborative group of more than fifteen partner organizations that works to empower communities to achieve healthy watersheds, sustainable financing and long-term climate resilience through management of stormwater and restoration projects. A project of the New England Environmental Finance Center, the SNEP Network provides training and assistance to municipalities, organizations, and tribes and is committed to building capacity in conjunction with EPA’s Southeast New England Program within EPA Region 1.

and local governments; institutions of higher learning; businesses; and nonprofit organizations in finding innovative and effective solutions to a broad array of environmental challenges. Throwe is committed to developing climate resilience, environmental finance, and policy and governance solutions for its public, private, and nonprofit clients. As a SNEP Network core partner organization, Throwe Environmental focuses on financing, training, and leadership development. Throwe Environmental is based in Bristol, RI and helps communities nationwide address their climate challenges. For more information, please contact info@throwe-environmental.com.